A criminal psychologist says pedophilia is a sexual orientation

As you may have read elsewhere on this site, here at the Blue Angel we have often observed that pedophilia (the sexual attraction toward pre-pubescent children) functions as a deviant sexual orientation. Of course, pedosexuality (performing sexual acts with children) isn’t necessarily linked to pedophilia nor indeed to any other orientation, but rather to other issues like incest, hypersexuality, a wish for domination or even merely favorable circumstances. END_OF_DOCUMENT_TOKEN_TO_BE_REPLACED

Suffering since his childhood from severe depression, aggravated later by the development of his hebephile tendencies, Sebastian dreams of being euthanized the day of his 40th birthday, simbolically erasing his birth and therefore his whole painful existence.

In Belgium, a person who can prove to be in constant and unbearable pain, and to have already tried everything possible to try and get better, can legally have access to an euthanasia program. It consists of three boards of experts, that will evaluate the case one at the time until a final decision is taken. If all the boards are in favor and the person hasn’t changed his or her mind, euthanasia is given through lethal injection. Otherwise, a therapeutic follow-up is proposed. END_OF_DOCUMENT_TOKEN_TO_BE_REPLACED

Trailer of “Falling Prey”, a movie about abstinent pedophilia

David Guiraud published the trailer of his movie about abstinent pedophilia, “Falling Prey”, written with the help of Mrs Bennari and the Blue Angel Association.

We remind you that this movie was crowdfunded on kickstarter and we give our thanks once more to all of those among you that supported it : ) 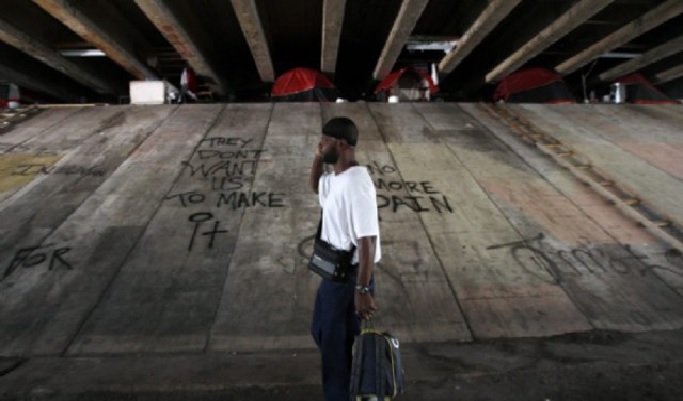 END_OF_DOCUMENT_TOKEN_TO_BE_REPLACED

This site is still under construction. We hope to bring the requested content to you as soon as possible. Thank you for your patience and understanding.

A Cry for Help

Below is a cry for help like many I receive every day. It shows perfectly the blatant lack of support and counseling for people in this kind of situation I found and denounced in the concerned professionals and institutions of most countries. I’m sharing this particular example with you to make you understand the complexity of the emergencies I deal with on a daily basis.

I’m taking care of this person and so the danger is averted for a while, but how long can I keep on going alone? This man needs to participate to our support and dialogue groups but he doesn’t have the means to travel. I ask to the politicians hiding behind their desks and their speeches, what am I to do?

I have been in psychiatric care for 15 years because of the secondary effects of a sickness nobody can cure. I’m a hephebophile but I never acted out on it… my solution being to lock myself up in my home, laying in bed without being able to sleep. So I go to support centers or centers for social/professional reinsertion, etc… all of this because of issues caused by my real problem: those I’m sexually and romantically attracted to are too young, they will never feel the same way and I can never be with them even if they consent to (I still have trouble wrapping my head around that)…

I have an addiction: I “vent” it thinking back to all those I loved as a teenager without ever telling them. I’m 38, still a virgin, and here I go acting like a post-adolescent obsessed with a first time that will never come.  I’ve recently begun seearching for help and I was directed to a sexologist with whom I’m doing private sessions… he thinks I’m not a threat to young people… but the price is being a prisoner in myself! I’m dying of loneliness, of my idealized fantasies, etc… and the castration I tried for a while with meds just made me feel even worse…

I’ve been thinking about suicide since I was 15… I tried when I was 22 but I was too scared! I don’t want to see death coming. Going to sleep and never waking up: here is the solution. It’s possible in Belgium. That’s why I want to ask for your help and support in my asking for euthanasia, for everyone’s sake.

Thanking you in advance for your response.

Prevent and fight online sexual predation, to the attention of children/teenagers on the web and of their families

Many young teenagers between ages 11 and 16 and/or their distressed parents contacted me all in the same week to ask me what to do against the cyber-predators they had been victims of.

Times have changed and nowadays it’s not just about warning our children against strangers in the streets giving them candy. We are facing a new menace which is even more dangerous, as it doesn’t show its face, or at least it doesn’t expose it publically.

Children and teenagers of this generation use and master at a much better level than their elders the new technologies (smartphone, internet, forums or even dating sites that they visit more and more precociously). They thus become the prey of masked digital hunters who use many different identities and infiltrate all social networks visited by minors (children and teenagers of both genders).

These cyber-predators reach for their goals with seduction, adapting their language to the profile of every child they want to prey upon, borrowing words, ways of expression, pretending to share interests, carefully weaving their web to tighten their grip. This first phase is essential to the cyber-predator, as he or she (though they are generally male) needs to build up trust and entertain the possibility of a secret romance or, depending on the circumstances and the evolution of the exchange, he might apply pressure on his victim through blackmail or threats.

In the second phase, cyber-predators start to skillfully and cunningly ask their victims to show themselves naked (partially or totally) in front of their webcam, generally through communication programs like Skype. Most children end up cracking to the perverse demands of these predators, who can then threaten to publish online the naked pictures or videos they have of them if they don’t pose even more obscenely or even perform degrading sexual acts on camera.

It’s at this point that the victims, some of which may have still believed in good faith that there was affection or even a blossoming love story between them and the cyber-predator, become aware of the dire situation they’re in and fall into a phase of shame and guilt, regretting their actions. Filled with anguish, terrified and ashamed, they worry that the people close to them, and particularly their parents, might somehow “stumble” on those pictures and/or videos.

Sleepless nights and depressing thoughts feed on each other, mantaining the state of mental confusion of the victims, joined by a surge of self-hatred which sometimes causes aggressive behavior, senseless in the eyes of friends and family; whence the need to react promptly and appropriately.

What to do when faced with these situations?

Advice to minors or young adults on the Internet:

Advice to victims of cyber-predators:

Advice to parents or people close to victims of cyber-predators:

If your child is involved:

A video is in the making with the participation of many victims and their families to spread awareness among the internet community about the risks minors might be exposing themselves to on the web.

The President of the Blue Angel Association,